We became absorbed in our creative work for ARC 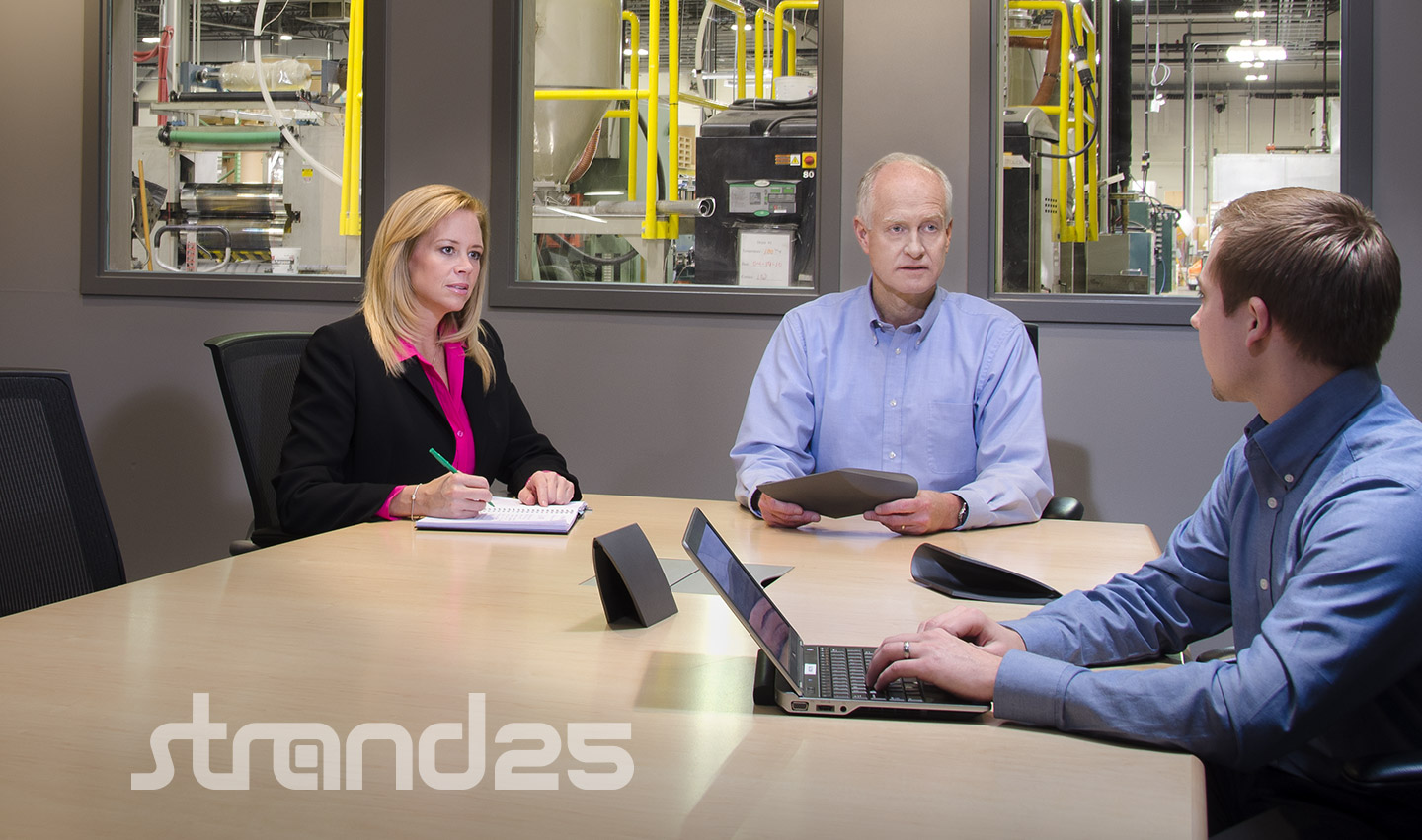 2020 marks the 20th anniversary of our first introduction to a family-owned microwave absorber and advanced materials company called ARC Technologies. The business was recently sold to Hexcel Corporation, but the DNA of this unique company just north of Boston in Amesbury, MA still runs deep.

Founded by expert materials scientist Daniel Healy, Sr. and managed by his wife Phyllis and son Dan, Jr., the company rose from humble beginnings in a former horse drawn carriage factory, built on their success and expanded into three more factory buildings, and just a few years ago made their biggest leap into a modern manufacturing center across town.

We have fond memories of hearing the company development story from Dan Sr. himself (RIP, Dan). He was gifted with a geniusnous for both science and song, manning the research and development center at ARC while singing in a professional barbershop quartet on the side. It was an unusual and most enjoyable mix of character—one that we became enamored with and were proud to bring out as we shaped the brand story for this truly wonderful family business that was woven into the texture of their community.

Our role in the beginning was to modernize their brand identity. We're pleased to say their logo is nearly as timeless today as it was almost 20 years ago. (It's been recently evolved from green to blue.) What came next were a series of product catalogs and brochures, and ARC's first website. Then, while on a fact-finding trip through the factory, an idea to solve two key problems was born. As CEO/Brand Director, David Strand, eyed a pile of excess material having been trimmed away to create a unique shape for a non-classified radar application, the issue of waste management came up. While some materials could be recycled internally, much of it needed to be disposed of carefully. Recalling a previous conversation about possibly dropping a targeted direct mail package on the desks of a few hundred key customers and prospects, the idea to upcycle the waste into a box full of usable sample materials took shape immediately. Almost two decades later, ARC's “Engineer's Survival Kit” remains a key staple in their demand generation campaign. (Mimicry being the most flattering compliment, it's also been copied in some form or another by nearly all their most formidable microwave absorber material competitors.) 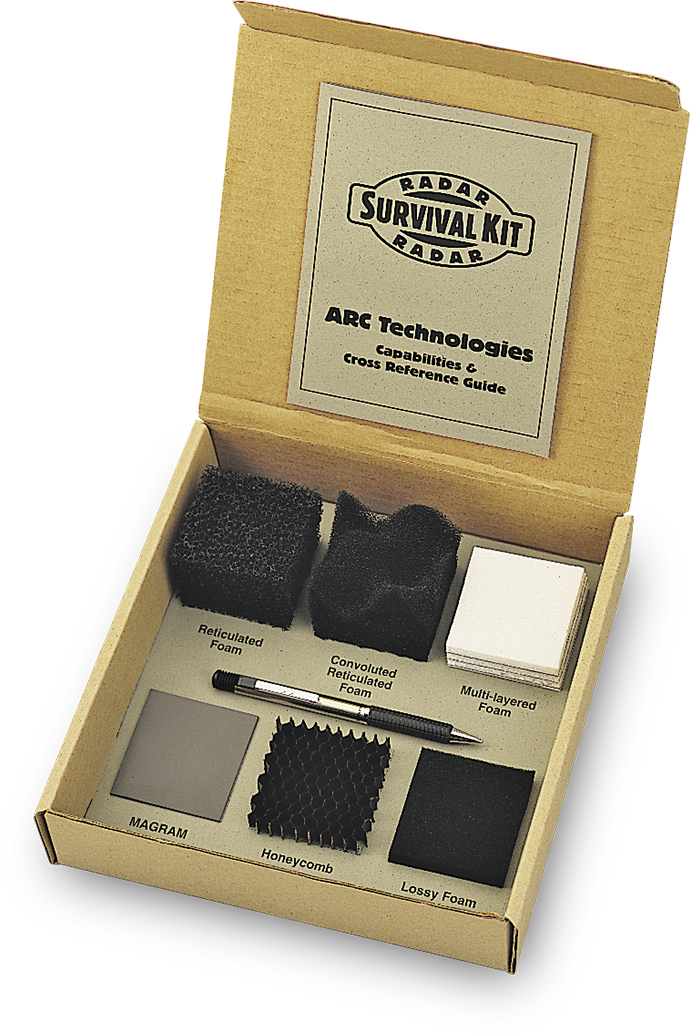 The projects for ARC through the years also included trade show booth design and production, and the development of a variety of ads designed to quickly capture the attention of a busy audience of RF/microwave engineers. 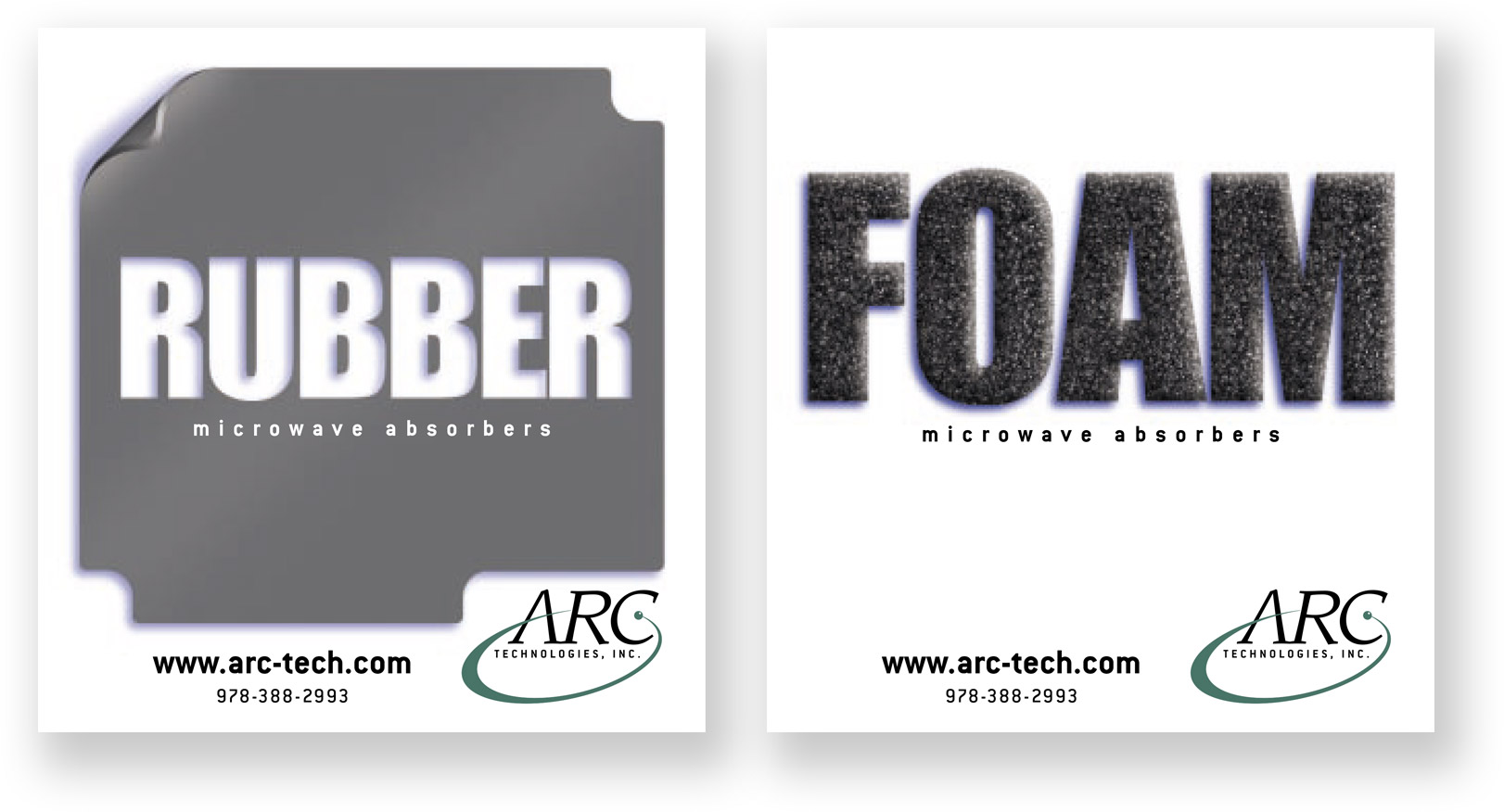 Most recently, we developed a sleek company capabilities brochure. It features all new photographs we composed and shot of their upgraded facility, as well as new studio photography of their high-tech materials. 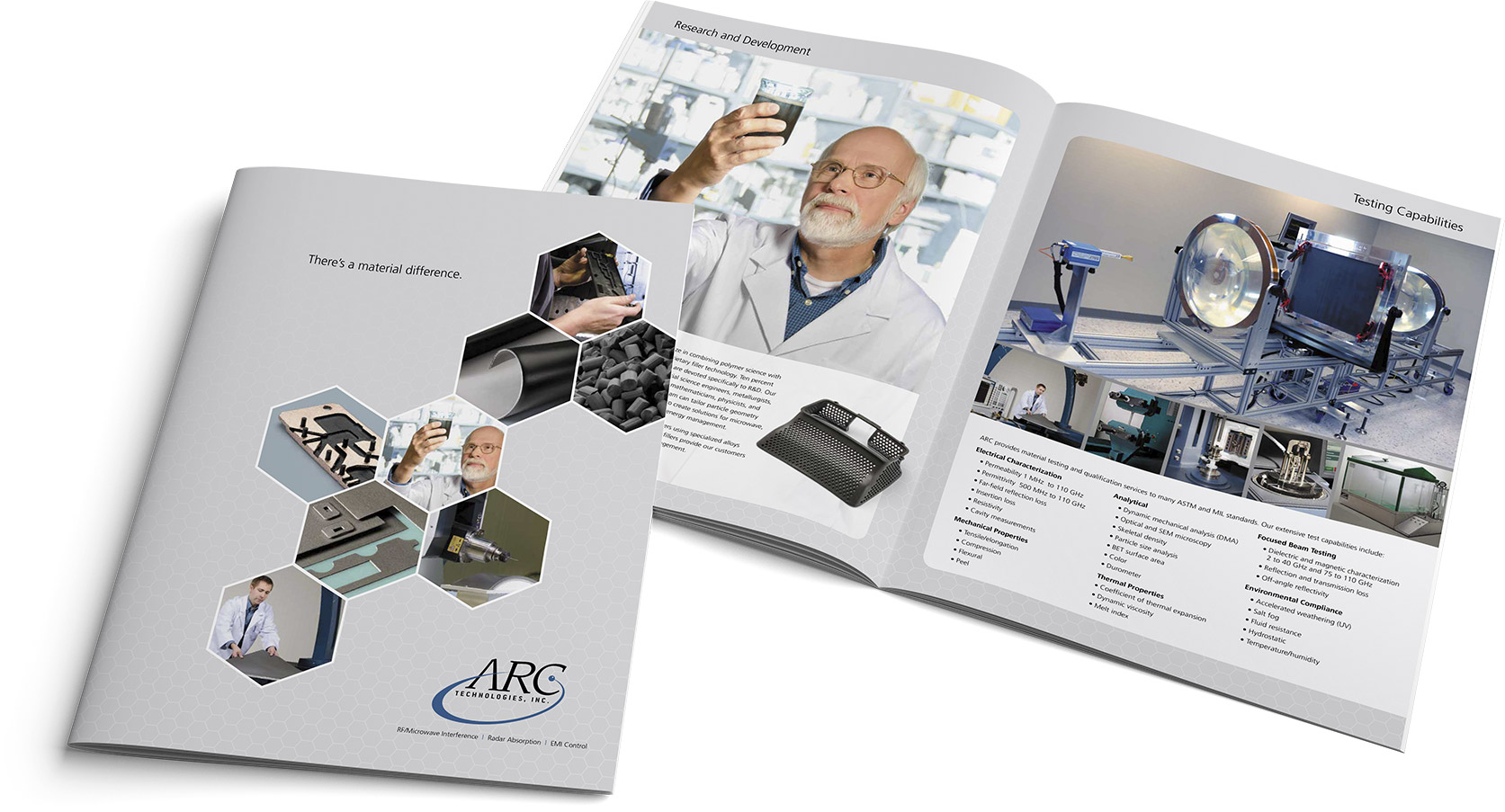 It's been an awesome experience to be along for a success story like this, especially when you know you've played a leading role.